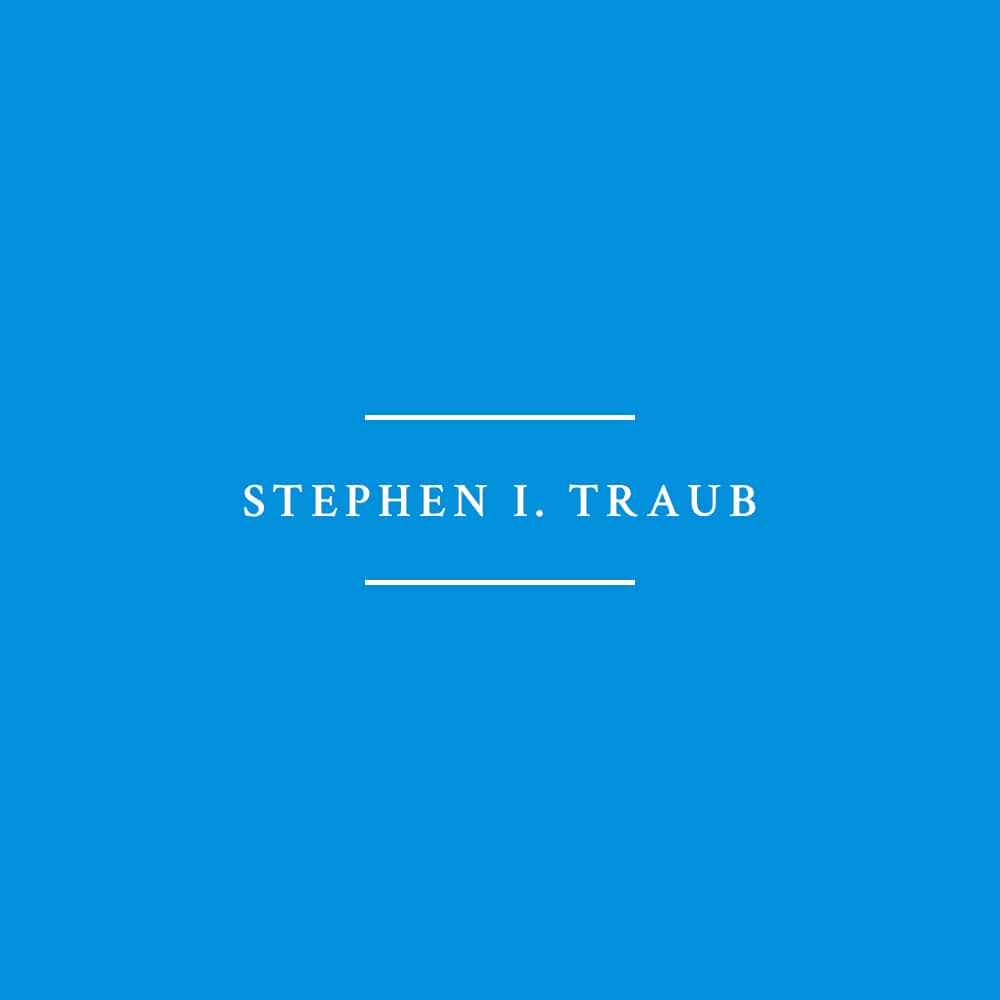 Stephen I. Traub is a partner in the New Haven, Connecticut, law firm of Lynch, Traub, Keefe & Errante, and has been affiliated with that firm since 1960, when he graduated from the University of Virginia Law School.

Mr. Traub was inducted into the American College of Trial Lawyers in 1987 and is presently a member of the statewide committee, the governing body of the College in the state of Connecticut. He has served as a Special Master in the United States District Court since the early 1980s. Mr. Traub has been a member of the Executive Board of the Quinnipiac College School of Law since 1994. Mr. Traub has been listed in The Best Lawyers in America since its initial publication in 1983 in the area of civil trial litigation.

Mr. Traub has been a lecturer, panelist and/or moderator at numerous seminars and conferences sponsored by various bar associations and similar groups. He has had numerous articles on civil litigation published, including the areas of wrongful death, medical malpractice and trial practice. Mr. Traub is a trial lawyer who regularly practices in federal and state courts in the fields of civil litigation, business litigation, air crash litigation, and professional malpractice litigation.