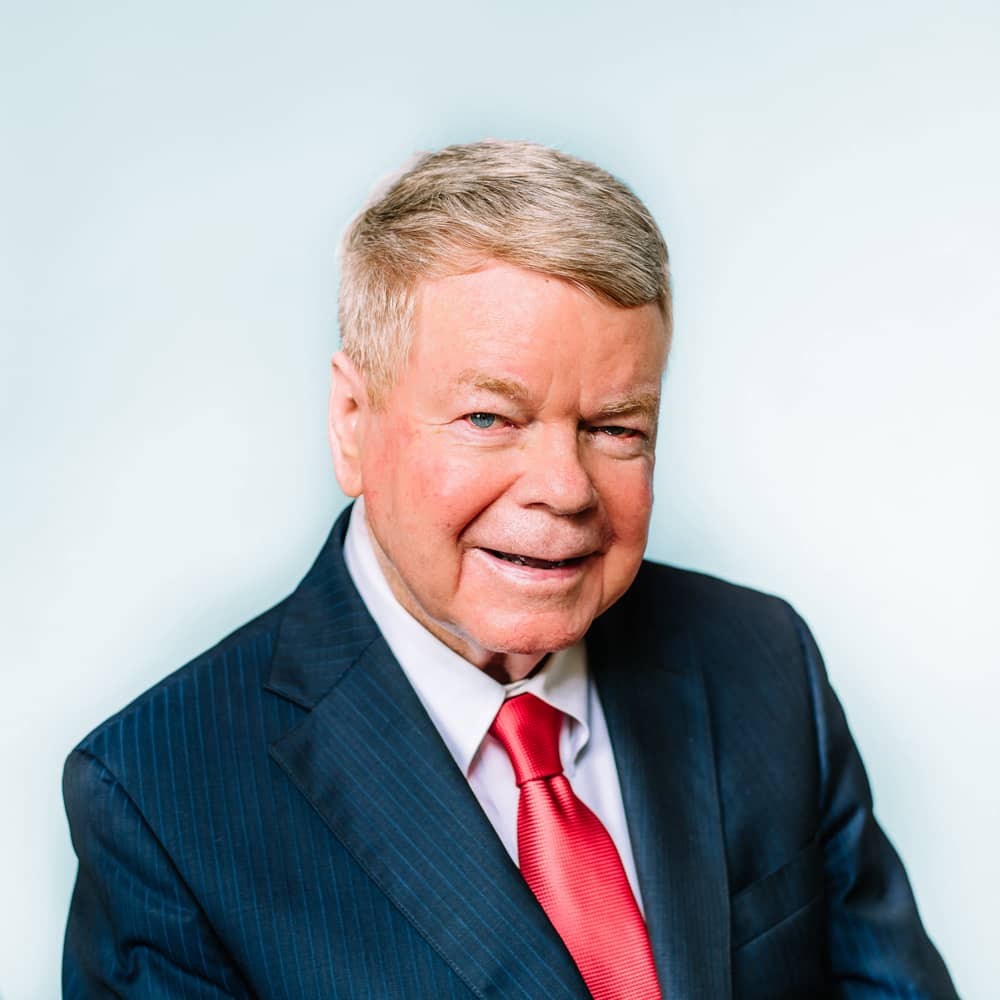 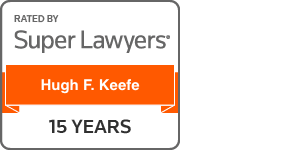 Hugh F. Keefe has tried civil and criminal cases in federal and state courts since being admitted to the Bar in 1967. Mr. Keefe teaches and has taught Trial Advocacy at the Yale Law School for over 30 years. He was the first lawyer in the United States to be board-certified in both civil and criminal trial advocacy, having received that dual certification from the National Board of Trial Advocacy1 in 1980. He has been re-certified every five years by the NBTA in both fields. On April 25, 2012, he was additionally certified in Civil Pretrial Practice Advocacy, becoming one of only six lawyers in the U. S. certified in three specialties by the National Board of Legal Specialty Certification. He is rated* “AV” by Martindale-Hubbell.2 Attorney Keefe has received many professional awards and recognitions during his legal career, including the Distinguished Alumni Award from both his law school and undergraduate college: the University of Connecticut School of Law in 1985 and Quinnipiac University in 1991. In addition, he received an Honorary Doctor of Laws degree from Quinnipiac University Law School at its commencement on May 9, 2004. In 2007, attorney Keefe was appointed an Associate Fellow of Saybrook College, Yale University.3 Together with Tara Knight, Mr. Keefe co-taught Criminal Procedure during the Fall Semester, 2010, at the University of Connecticut School of Law.

Attorney Keefe was inducted into the American College of Trial Lawyers4 as a Fellow in 1984. In 1990, Mr. Keefe was named by Connecticut Magazine as one of the five “Best Lawyers in Connecticut” and again in 2001 was named by that same magazine as one of the best lawyers in the state. Following a poll of lawyers by Super Lawyers Magazine in 2005, Mr. Keefe was listed by Connecticut Magazine as the “Super Lawyer” with the highest number of votes in the state of Connecticut. Beginning in its July 2006 edition, he has been listed in New York Magazine as one of the best lawyers in the New York area. He has been listed in The Best Lawyers in America every year since its initial publication in 1983. Mr. Keefe has also been active in the Connecticut Bar Association, having chaired its Officer Nominating Committees in 1999-2000 and in 1997; chaired the Criminal Justice Section from 1979-1982; and has served on the executive committees of the Federal Practice Section and Criminal Justice Section since 1980 and 1975, respectively.

In 1988, Mr. Keefe was appointed a Fellow of the American Bar Foundation.5 He was elected a Fellow of the American Board of Criminal Lawyers6 in 1980. He has served as a Special Master in U.S. District Court since 1982. He has served on the Quinnipiac University Board of Trustees since 1994. He was selected as a charter member of the Editorial Board of the Connecticut Law Tribune when that Board was created in 1986 and served on the Board until 2003. On May 23, 2016, at a ceremony in Hartford, he was awarded the Connecticut Law Tribune’s Professional Excellence Award. Mr. Keefe has been a lecturer, panelist and/or moderator at numerous seminars and conferences sponsored by various Bar Associations, law schools, television and radio programs, colleges, Judicial Department training seminars and other groups during virtually his entire career. He has published numerous articles in various legal journals, magazines and newspapers. He is a member of the American, Connecticut and New Haven Bar Associations and the Connecticut Trial Lawyers Association.

Mr. Keefe resides in New Haven with his wife, Tara Knight, who is also an attorney and the founder and senior partner of her own law firm in New Haven.