LTKE Law was proud to sponsor a Christmas in July Toy Drive to benefit the Ronald McDonald House of Connecticut. The Toy Drive ran from July 1, 2010 through August 1, 2010. During that period, the firm collected an array of toys and monetary contributions totaling $1,600.00. The donations were presented to the House on August 4, 2010 by several firm members. The toys and donations will go a long way to brighten the days of so many guests at the House. LTKE Law wishes to thank everyone who contributed to the Toy Drive to make it such a success! 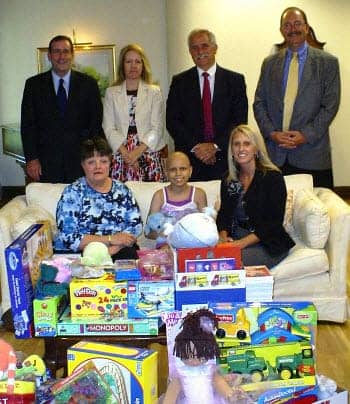